“Mom” is the main word for each of us, as well as the person behind it. We are completely dependent on our mother as children, and we come to her for advice when we grow up and finally understand: mom was right. The bond between mother and child is unbreakable and unshakable, like the force of love that unites them.
It is not surprising that the world has its own, special days dedicated to mothers. They are held all over the world: in different countries, different dates are set for this. 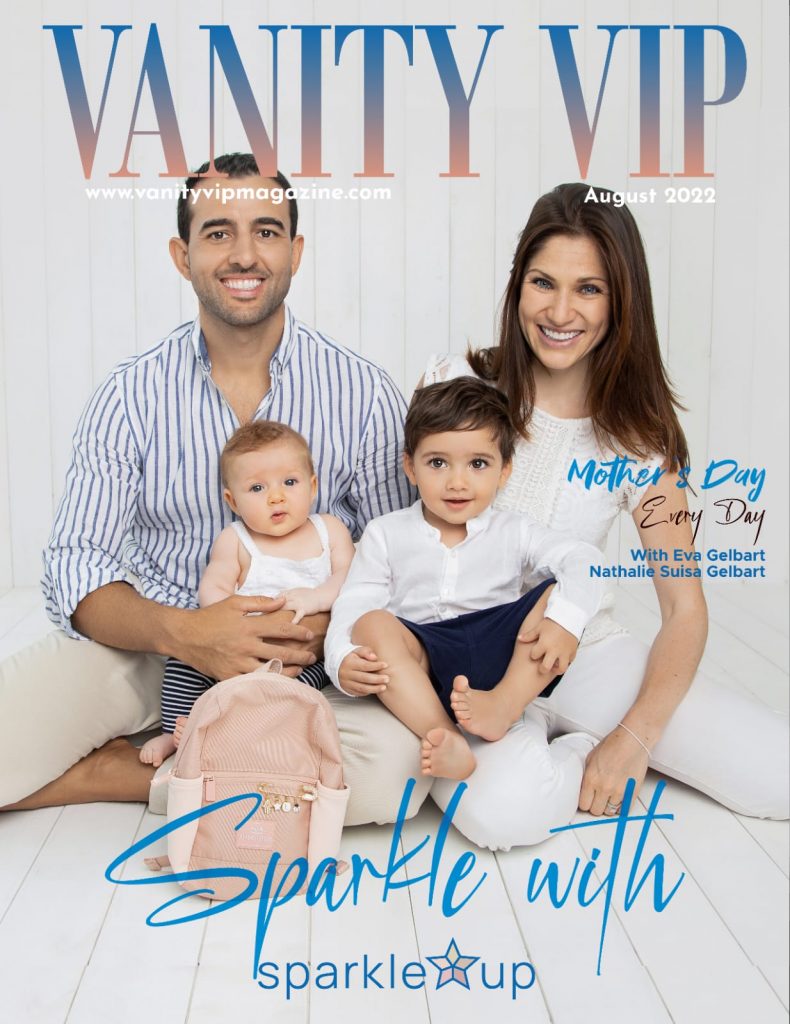 Even the ancient Greeks had a cult of the mother: in March, in honor of Rhea, the progenitor of the gods, various mysteries took place. In Britain, the fourth Sunday of Lent was considered Mothering Sunday. In the XVII-XIX centuries, all the mothers of the country were congratulated on this day.

In the United States, one of the first to celebrate the holiday was Julia Ward Howe in 1872. At that time, this idea did not meet with support. But the initiative of her compatriot Anna Jarvis in 1907 found a response. Virginia became the first state in 1910. It was there that Mother’s Day was celebrated for the first time. And 4 years later, by decision of US President Woodrow Wilson, it spread throughout the country. 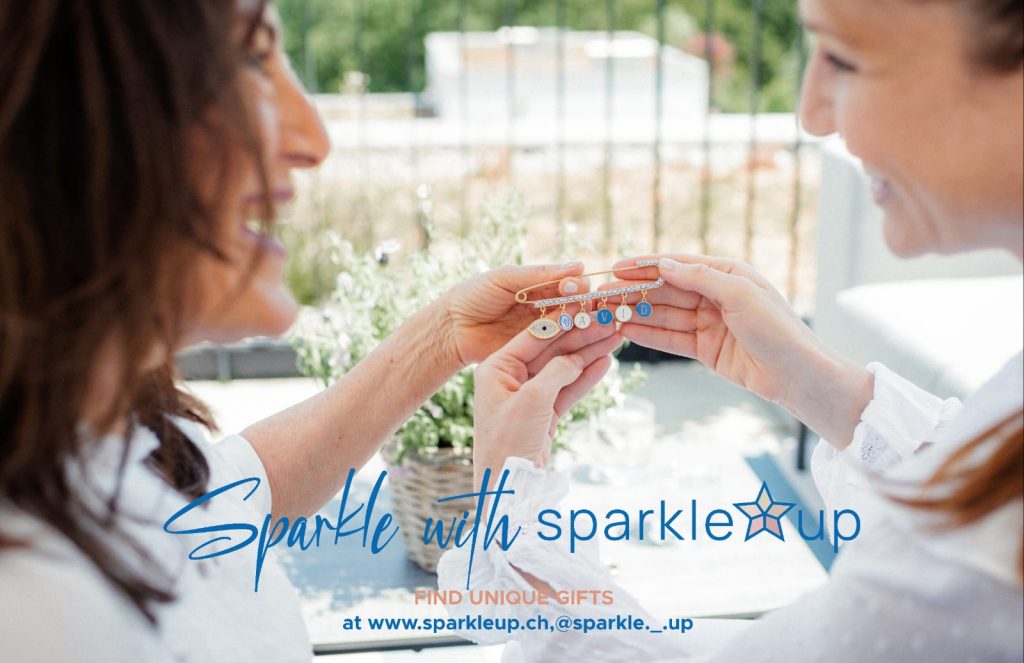 Currently, Mother’s Day is celebrated in more than 50 countries around the world including Switzerland.

In Switzerland Mother’s Day was officially established in 1917 by the Salvation Army. Until the 1920s, the celebration was limited to small circles until florists, master confectioners and others began to commit themselves to Mother’s Day. The breakthrough came in 1930, when it was propagated through shops, media, leaflets, radio.

It is impossible to argue with the fact that Mother’s Day is a celebration of eternity. From generation to generation, for every person, mother is the most important person in life.

Becoming a mother, a woman discovers the best qualities in herself: kindness, love, care, patience and self-sacrifice. 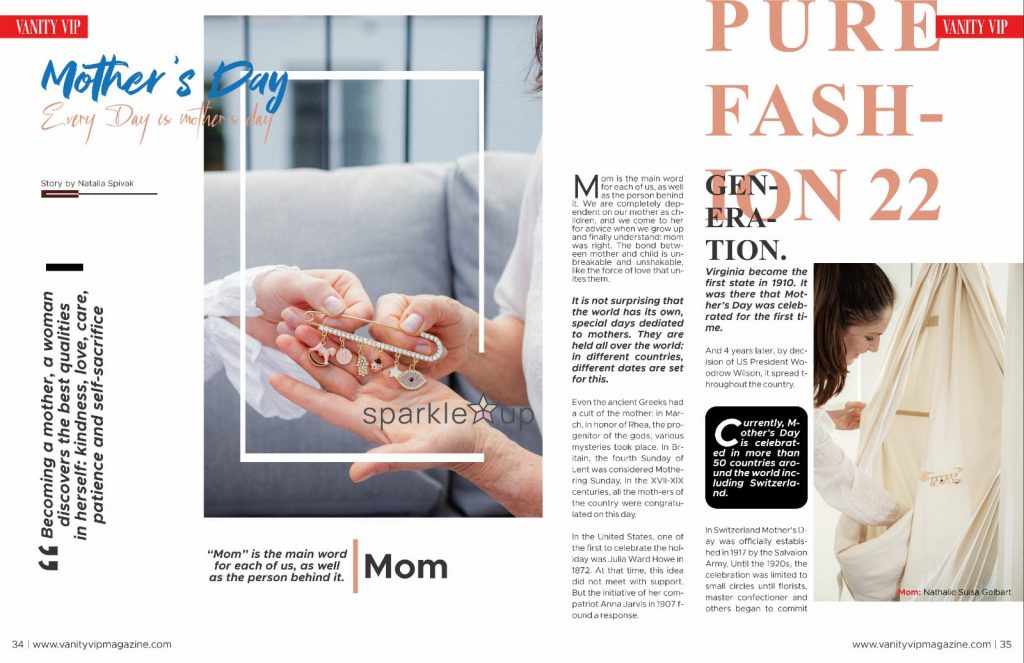 It is interesting to discover unique additional benefits that baby could bring into mother’s life. While talking with different moms, we found interesting story of Nathalie Suisa Gelbart. 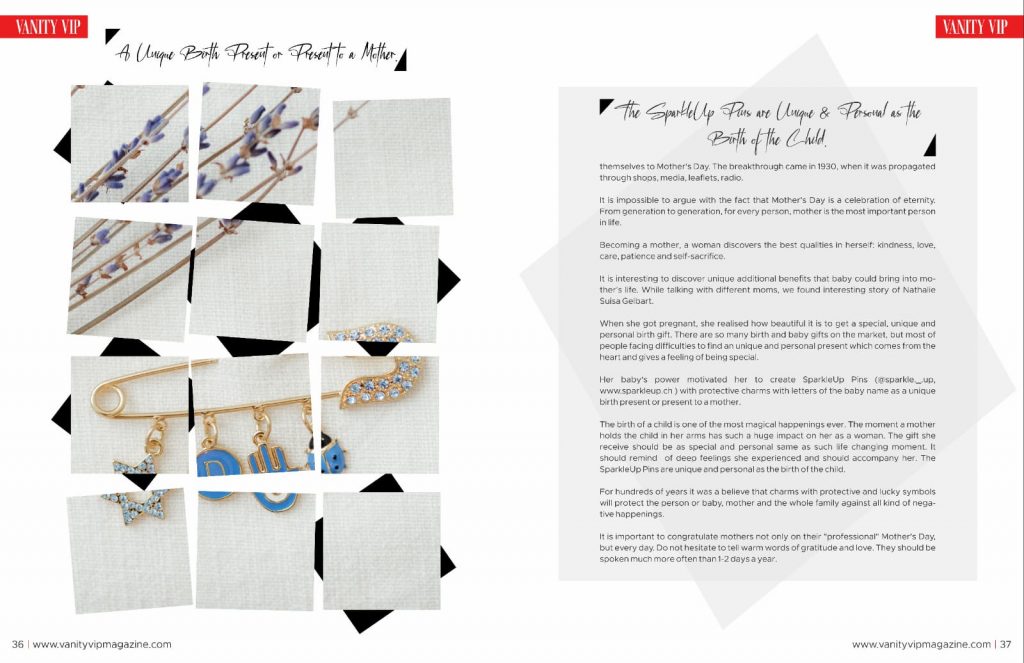 When she got pregnant, she realised how beautiful it is to get a special, unique and personal birth gift. There are so many birth and baby gifts on the market, but most of people facing difficulties to find an unique and personal present which comes from the heart and gives a feeling of being special. 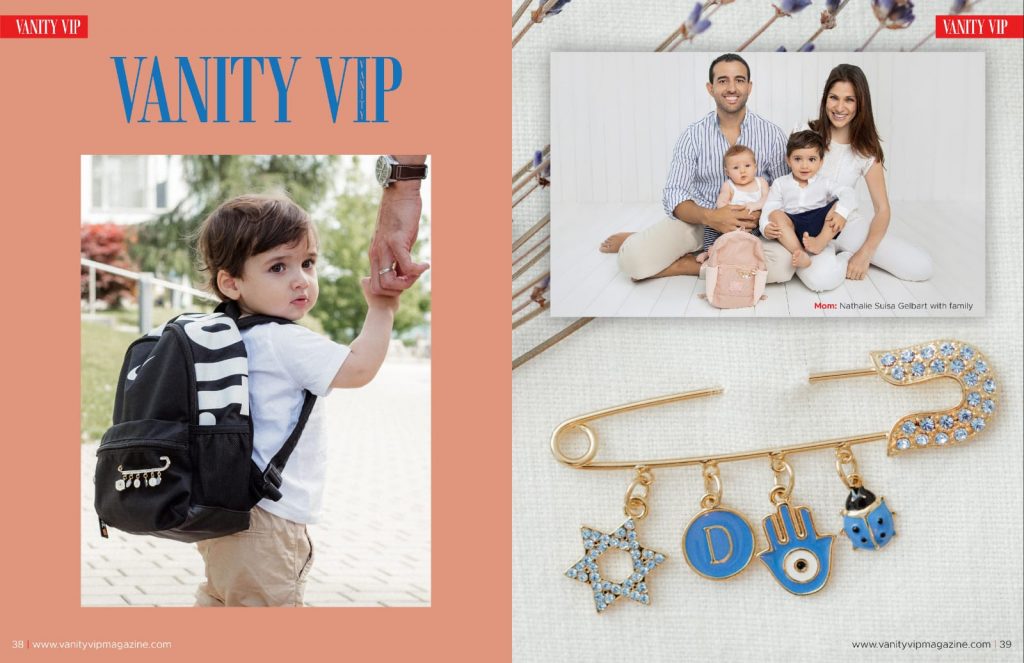 Her baby’s power motivated her to create SparkleUp Pins (@sparkle._.up, www.sparkleup.ch ) with protective charms with letters of the baby name as a unique birth present or present to a mother.

The birth of a child is one of the most magical happenings ever. The moment a mother holds the child in her arms has such a huge impact on her as a woman. The gift she receive should be as special and personal same as such life changing moment. It should remind of deep feelings she experienced and should accompany her. The SparkleUp Pins are unique and personal as the birth of the child. 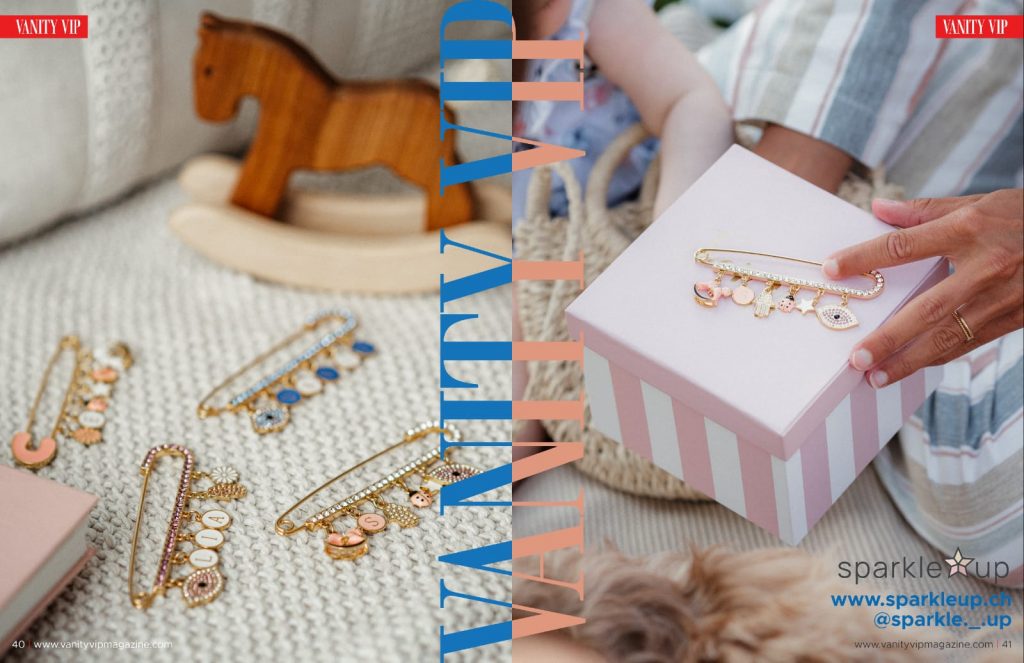 For hundreds of years it was a believe that charms with protective and lucky symbols will protect the person or baby, mother and the whole family against all kind of negative happenings.

It is important to congratulate mothers not only on their “professional” Mother’s Day, but every day. Do not hesitate to tell warm words of gratitude and love. They should be spoken much more often than 1-2 days a year. 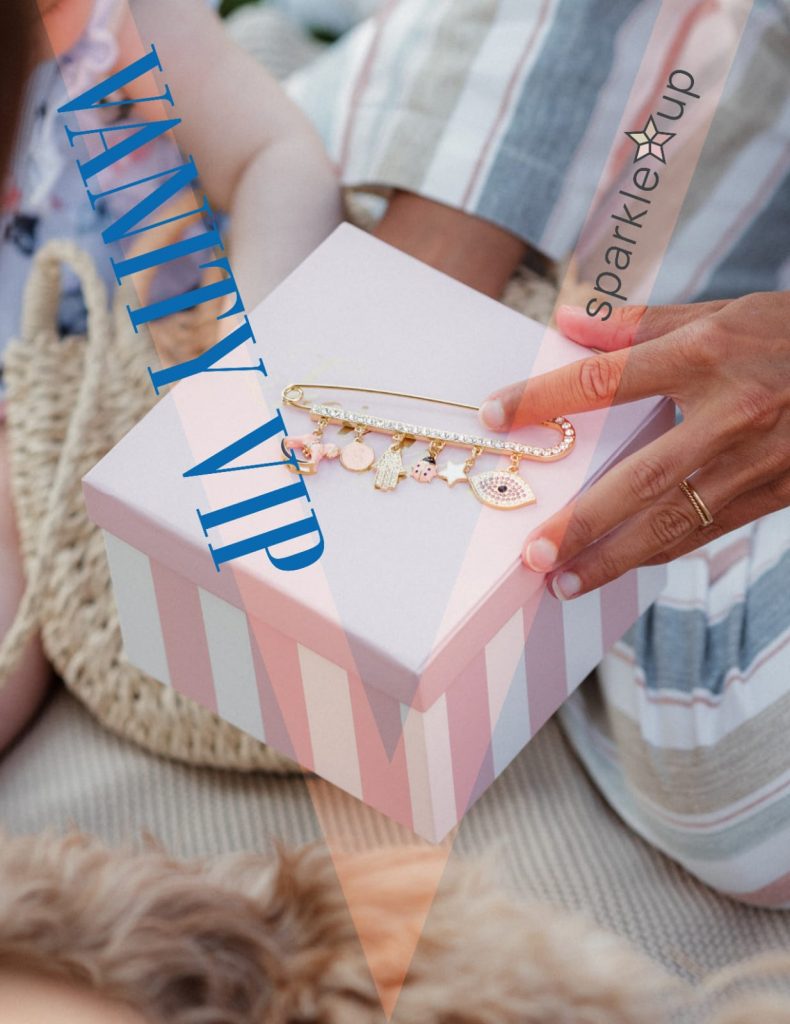 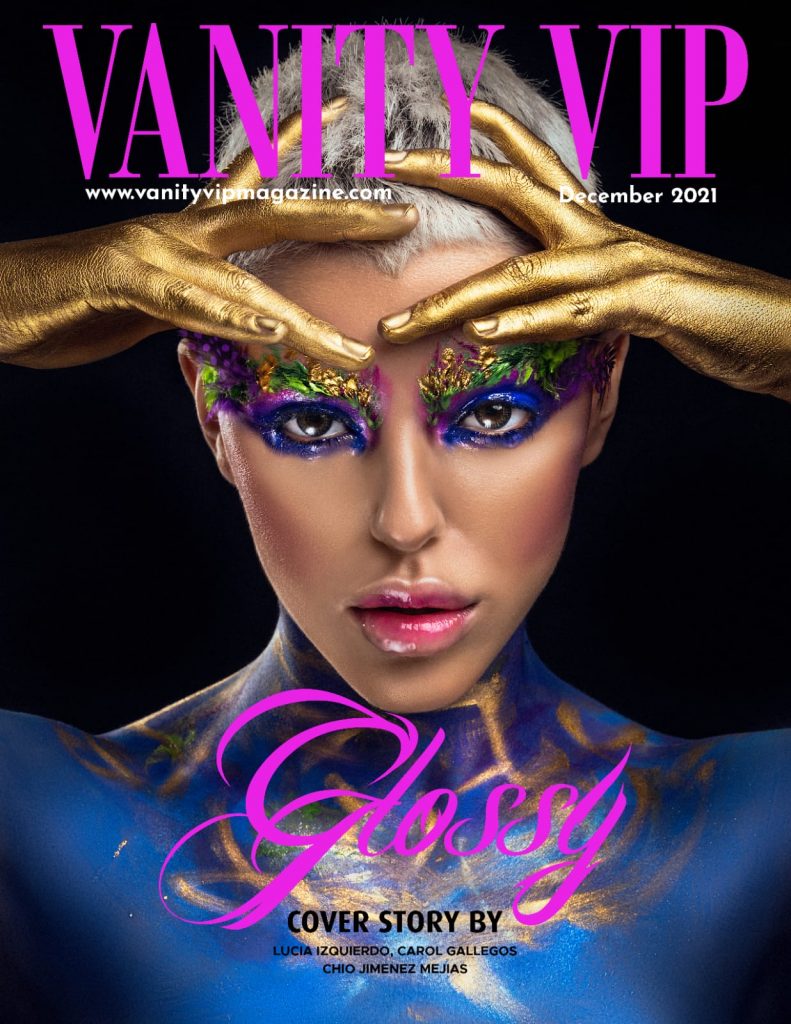 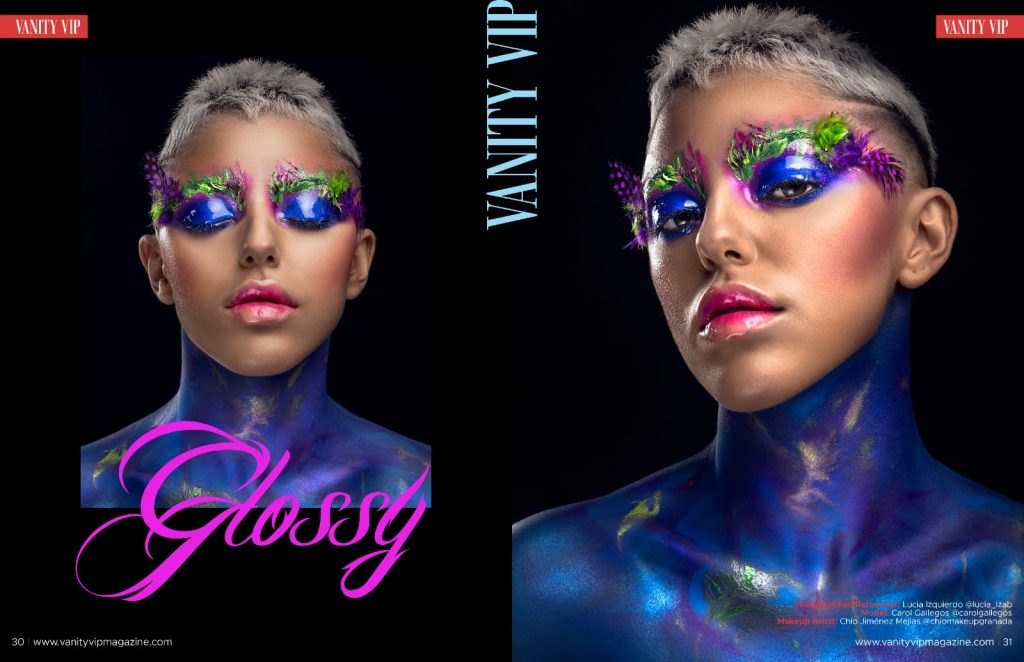 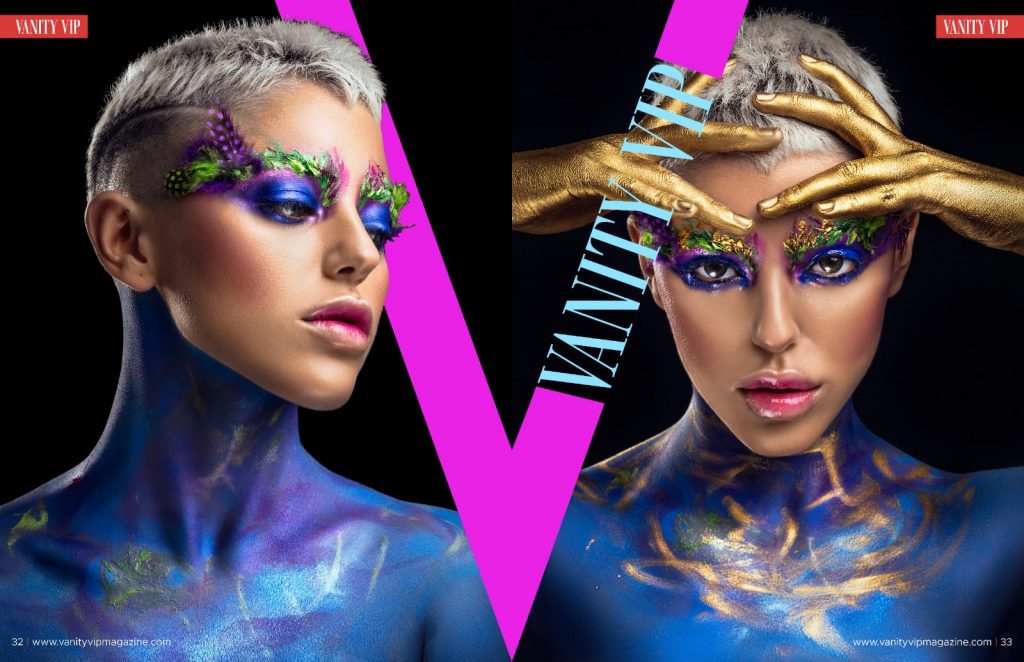 The Royal walk in Monaco with PRINCE MICHEL OF YUGOSLAVIA

Son of Prince Alexander of Yugoslavia and Princess Maria Pia of Savoy, Prince Michel of Yugoslavia is related to all the royal families of Europe. In addition to his professional activities, he gradually became a photographer. He took up photography where his ancestors lived in Serbia, between East and West. This is where his cycle of Coats of Arms began, mixing landscapes and their coats of arms. Optical art that at a glance reveals identity and complex history.

During international contemporary photography festivals in South Korea and China, far from his sphere of influence, he gained notoriety as an art photographer. “A walk in Monaco” is a pretty story born with the first lockdown. Thinking of his locked up friends and followers, he began to post on his Instagram what he was lucky enough to see from his windows, and in the empty streets of the Principality during authorized walking hours. Realizing the pleasure he gave to others, he published every day, for months, dozens of photographs of deserted, silent, timeless Monaco. 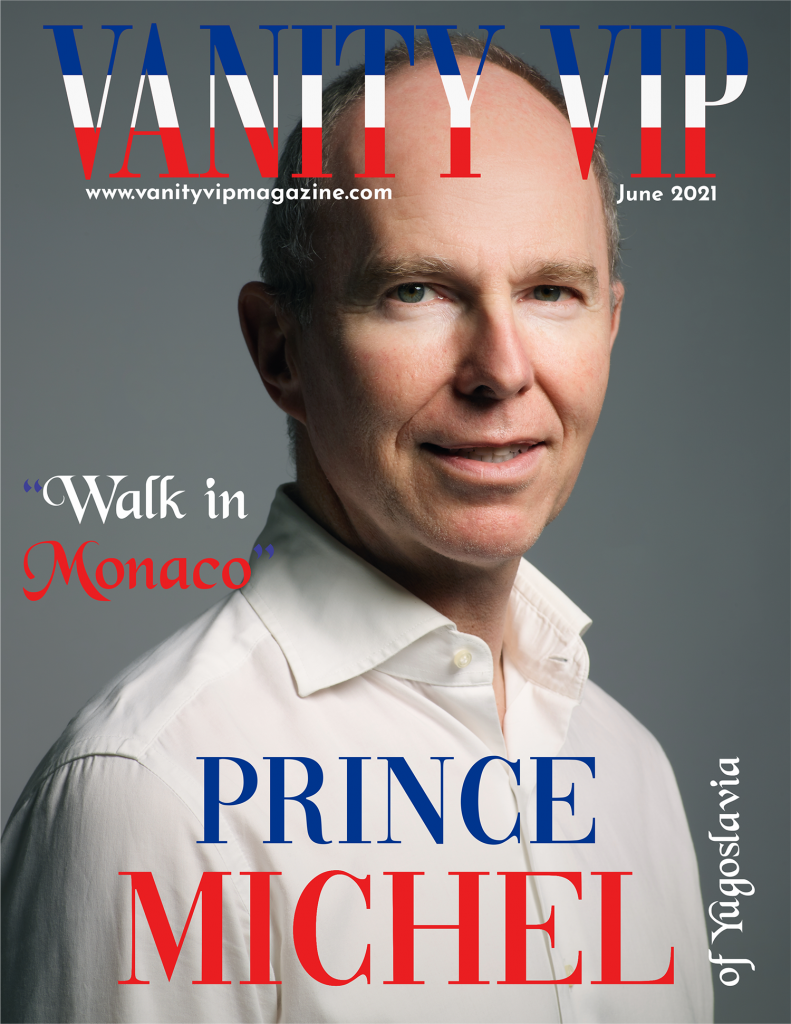 Tell us a bit about your family background?

My family is very modern, even if it has a thousand years of history. We are related to all the royal families of Europe, including to the Russian imperial family. 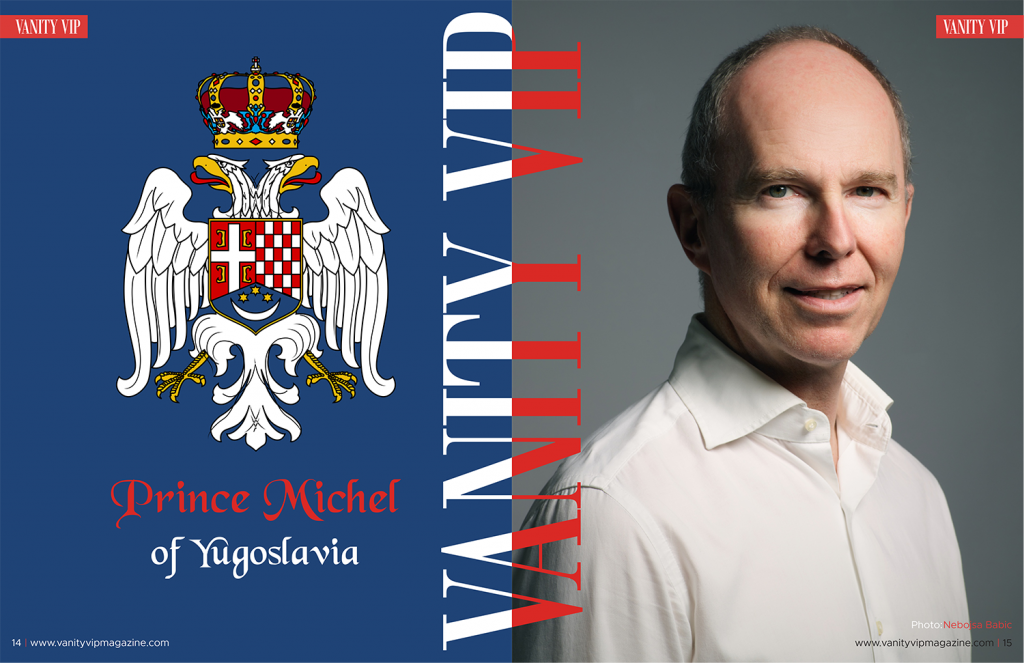 How do you related to Russian Royal families?

My Russian roots come from my father. My dad’s mother, or my grandmother – Olga. Her grandfather was Drand Duke Vladimir, son of Alexander II and brother of Alexander III. My grandfather Paul had a Russian mother -Princess Demidoff 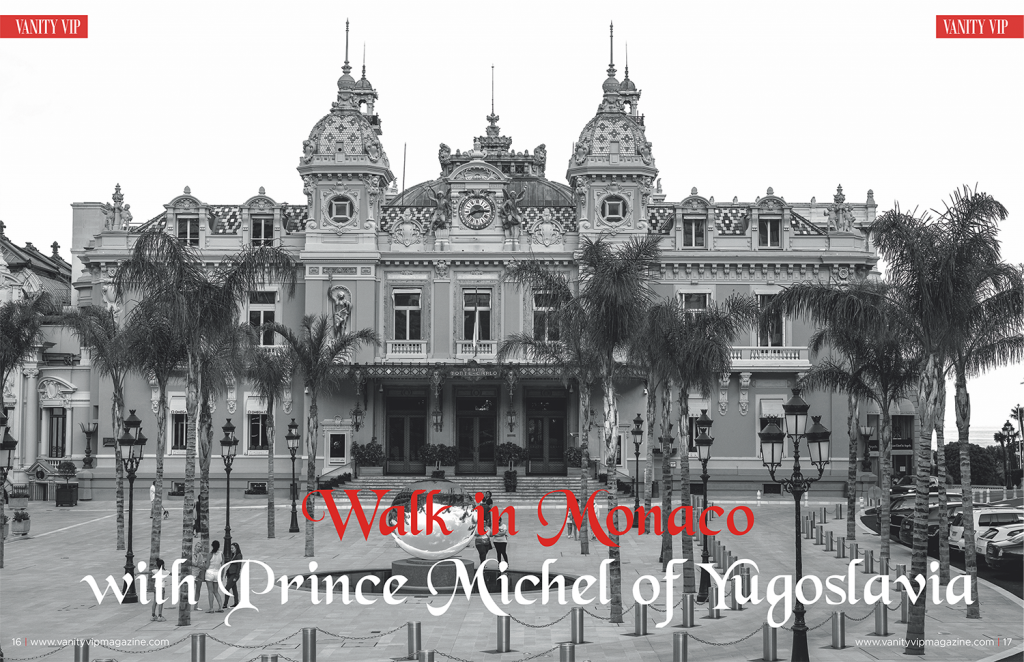 What is the best part to be a Prince in a modern world?

The best part of being a Prince is the power it gives you on yourself and with people. You are able to propose great projects that will help the planet. 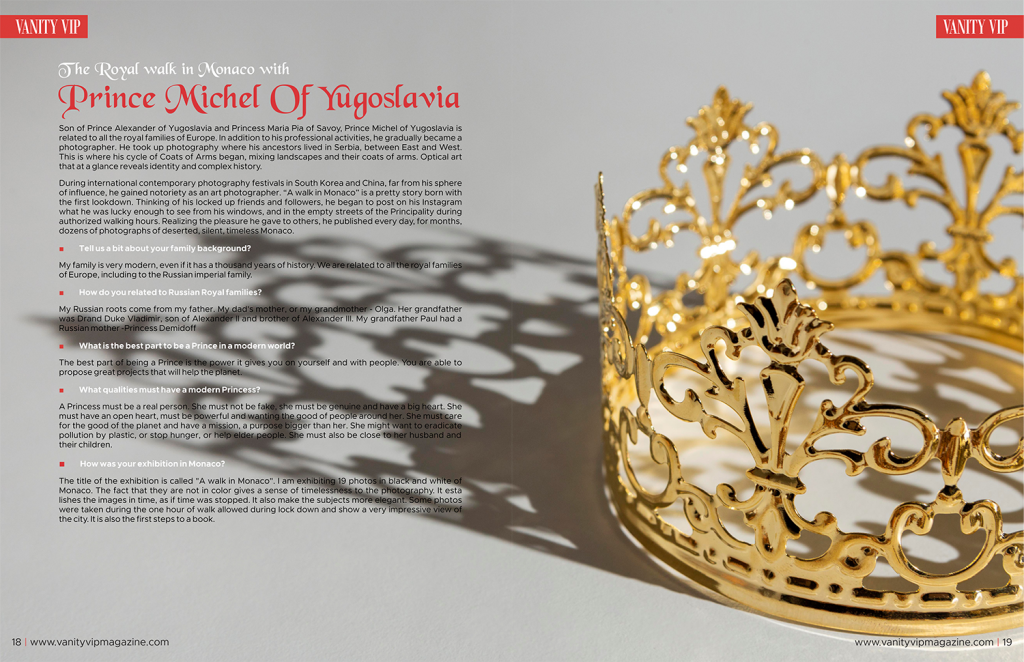 What qualities must have a modern Princess?

A Princess must be a real person. She must not be fake, she must be genuine and have a big heart. She must have an open heart, must be powerful and wanting the good of people around her. She must care for the good of the planet and have a mission, a purpose bigger than her. She might want to eradicate pollution by plastic, or stop hunger, or help elder people. She must also be close to her husband and their children. 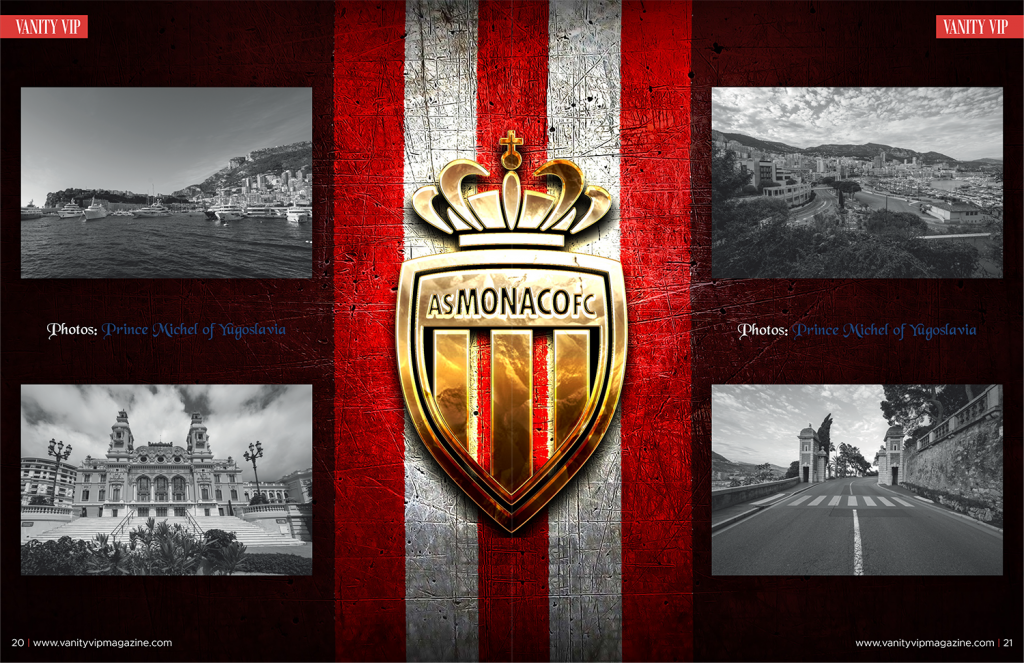 How was your exhibition at Banque Havilland Monaco?

The title of the exhibition was called “A walk in Monaco”. I was exhibiting 19 photos in black and white of Monaco. The fact that they are not in color gives a sense of timelessness to the photography. It establishes the images in time, as if time was stopped. It also makes the subjects more elegant. Some photos were taken during the one hour of walk allowed during lock down and show a very impressive view of the city. It is also the first steps to a book.

2. My stories are read all over the world

3. I am often at Red Carpets of iconic events. You can watch me on billboards of Times Square in New York and covers of international magazines.

4. I started my first business at the age of 23 years old. Six months later I made my first million and bought my first penthouse

6. I graduated from piano school with level of music pieces of second year of piano conservatory. Even Mayor of my town came to listen my piano concerts

7. I have no addiction to money and can leave engagement even with a Prince, or a billionaire`s lifestyle

9. I have traveled the world. My passport is full of stamps. To date, it has been left to visit Australia. And soon I hope to do that

10. I have an interesting journey and life personally introduced me to Michael Jackson`s father Joseph, Sir Richard Branson at his private Necker Island, Dr. Edward Bosarge at his private Island Over Yonder Cay, Prince Michael of Kent in London, Prince Albert II of Monaco, Ambassadors, Ministers, top politicians all over the world and many more great personalities